The reason we have so many waterfalls in Southern Ontario is mainly thanks to the Niagara Escarpment. While many people flock to Ball’s Falls and the conservation area there, I say hit the Bruce Trail a little further down. Head to the small town of Lincoln, Ontario and you’ll find Rockway Falls, one of the best hikes in Niagara. This area is a great spot year-round to unwind and enjoy nature in the heart of the Niagara Greenbelt.

Hop onto Google and navigate to the Rockway Community Centre. Here you can park in the lot’s right side. A few metres in front you’ll see the entrance to the Rockway Falls side trail.  This kilometre-long trail will lead you into the Rockway Conservation Area. It links up with the main Bruce Trail about 300m in so you can enjoy both trails on one adventure.

Enjoy the views from the top of the gorge before you make your way down the Niagara Escarpment. It’s good to have a sturdy pair of boots as the trail is fairly rocky and uneven at first. If you’re venturing in the winter, a good set of winter boots is a must. The trail does get easier further in as a flat dirt trail takes over. The Trail to Rockway Falls

While you may think the Rockway Falls Side Trail would lead you to Rockway Falls itself, it actually doesn’t. You’ll want to follow the white blazes of the main Bruce Trail as you wind down the Niagara Escarpment. About 10 minutes in, you’ll come upon a bridge. If you’d like to continue along the Bruce, you’ll want to cross it. However, I suggest you resist this urge and instead take a left just before the bridge. Time to do a little off-roading as you clamour over the rocks towards the base of Rockway Falls. How far you can explore will depend on how strong the waterfall’s flow is. If it’s weak like it was when I visited in the autumn months, you’re in for a treat. This will allow you to get up close and personal with Rockway Falls. You’ll first notice a small shelf that forms a mini waterfall. These smaller falls were created over time through water erosion. It’s possible to cross them if the water levels are low, but be extremely careful as the moss makes the terrain very slippery. Keep climbing upwards (carefully!) and you’ll find what you came for. Watch the water of Fifteen Mile Creek plunge 18.3m into a 3m basin. Formed by glacial erosion, you can’t help be notice the beautiful layers of shale and dolomite beneath the flow of this ramp style waterfall. If the water levels are low enough, you can even climb up part of the Escarpment just like Robin did.

While the falls are beautiful to see surrounded by autumn foliage, I highly suggest coming after the winter thaw or a heavy storm. These photos don’t depict how powerful the current can be! Since the hike to the waterfall from the parking lot is quite short, I suggest backtracking to where the main Bruce Trail meets the Rockway Falls Side Trail. Follow the blue blazes in the opposite direction of the parking lot. As you head downhill, you’ll come closer to Fifteen Mile Creek. Admire the beautiful shoreline as you come to the end of the side trail and your reward for the extra legwork – another waterfall!

I’m unsure as to whether this smaller waterfall has a name or not as I tend to refer to it as the Lower Rockway Falls. Nameless or not, this is a gorgeous spot to relax and listen as the water passes you by. After you’ve taken it all in, it’s time to backtrack as this is an out-and-back trail. Head upstream as you return to the parking lot. Haven’t had enough? The adventurous souls can tackle more of the Bruce Trail. Louth Falls lies approximately 4km west and Short Hills Provincial Park about 3km or so east with DeCew Falls further than that. Just remember, you have to get back to where you started! Though if you’re looking for a waterfall-filled road trip, the Niagara Region is a great place to be. Believe it or not, you can see all 10+ in one day! This epic Niagara waterfall itinerary starts in Grimbsy and ends in Niagara Falls. If you love road trips, you don’t want to miss this one!

Want to See Rockway Falls Yourself? Pin It for Later! 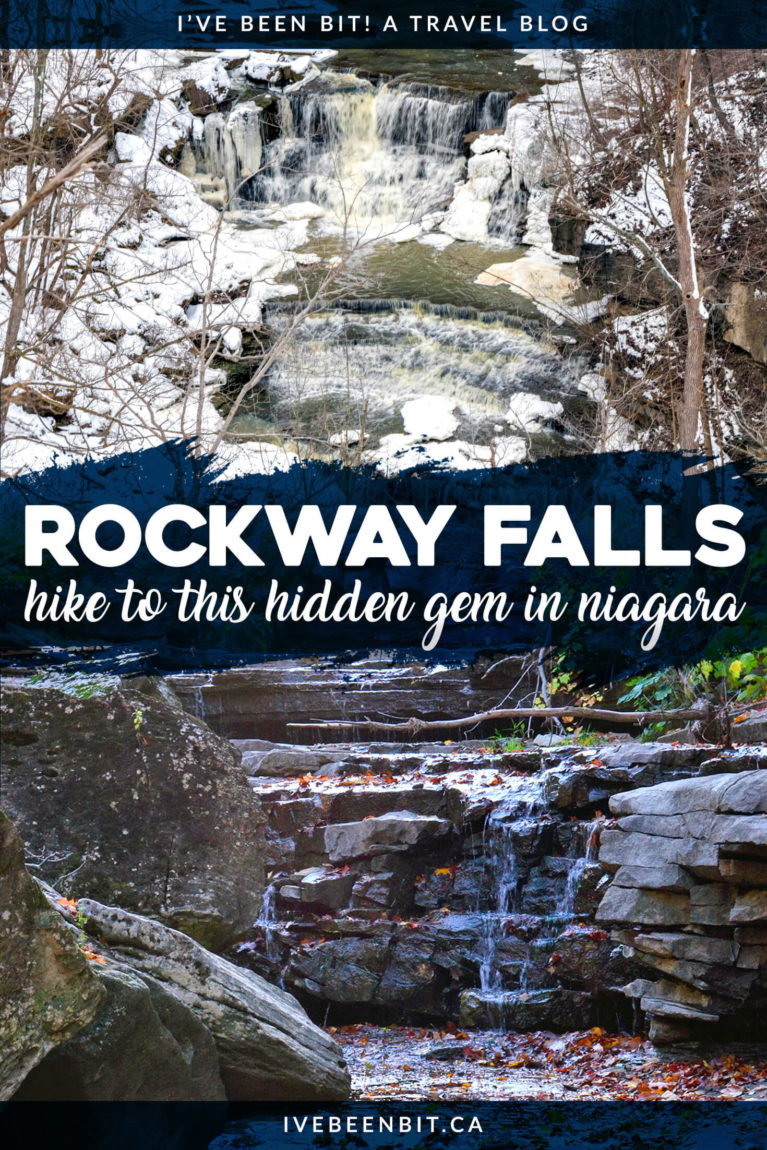 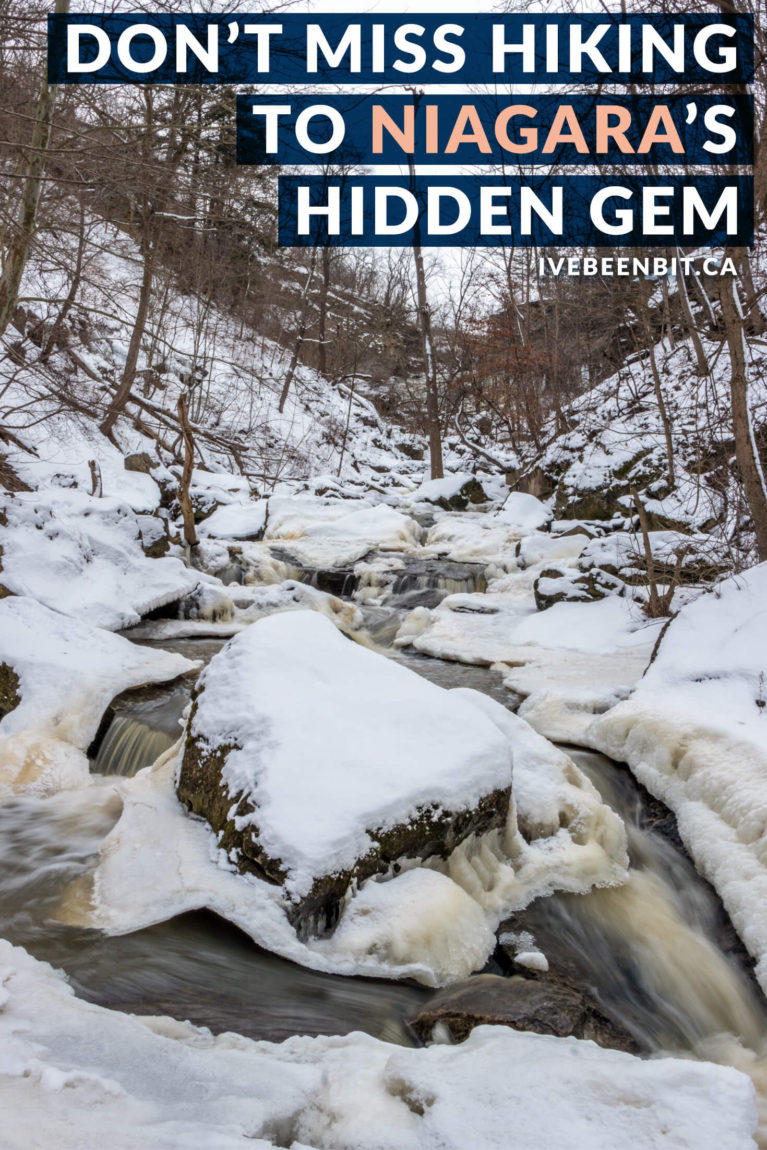 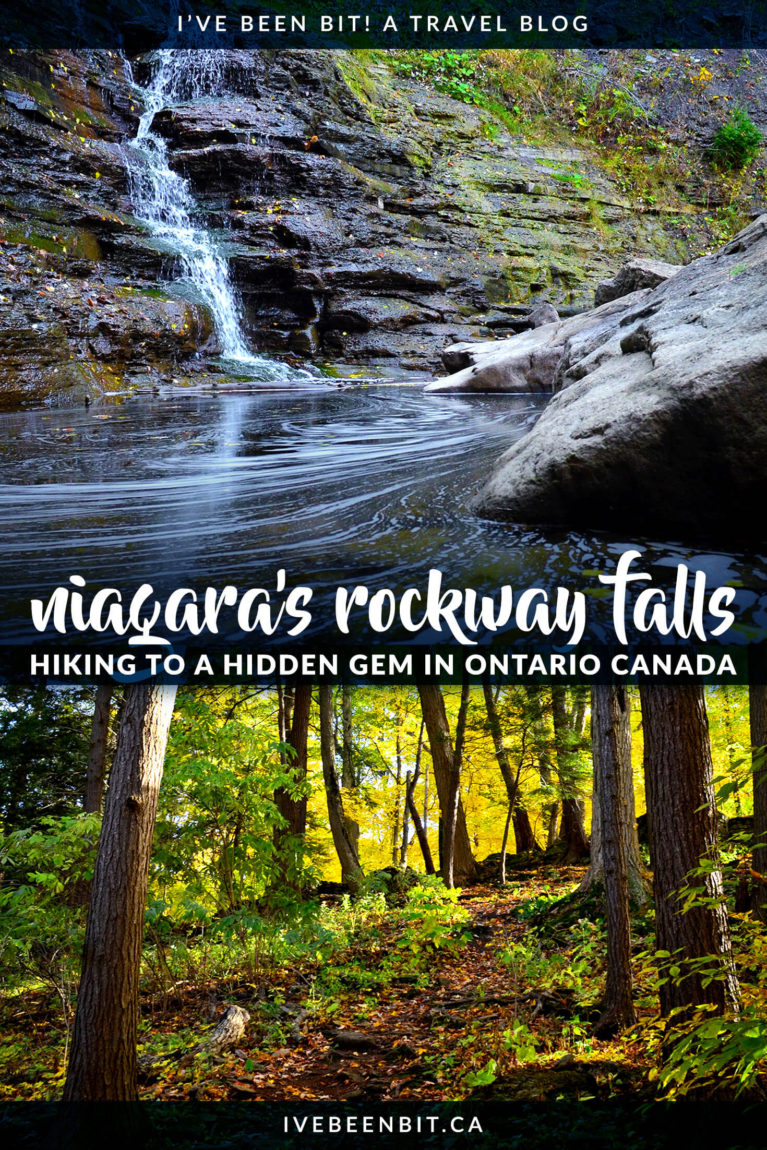 Rockway Falls: Hiking to a Hidden Gem in Niagara was last modified: November 9th, 2022 by Lindz